Sarajevo UNESCO City of Film participates at the Third Forum of UNESCO Film Cities in Bitola, North Macedonia, on October 28th and 29th, 2021.

The Forum on “Creative Industries – The Future of Cultural and Creative Economies / Covid-19 Challenges” brings together representatives of UNESCO Film Cities from around the world and local representatives active in creative industries in North Macedonia. The Forum participants will present their cities through positive stories, but also talk about the challenges caused by the pandemic and about their respective plans for future sustainable urban development through creative economy.

“This is a great opportunity for us to present Sarajevo at such an important gathering, along with other UNESCO Film Cities, including Bradford, Busan, Potsdam, Terrassa, Sofia, Galway and Qingdao. Although the pandemic has caused many challenges, we have positive stories in Sarajevo: the return of film festivals, the return of audience to Sarajevo cinemas, cooperation with local authorities and private partners to create preconditions for increasing film and TV production in Sarajevo as well as international promotion of Sarajevo as an attractive film location”, said Natasa Kucera, Project Manager at Sarajevo UNESCO City of Film.

Together with short films from other cities, two short films from Sarajevo will be screened in Bitola: THE SIGN directed by Yone Rozenkier and Eleonora Veninova and ROUTE-3 directed by Thanasis Neofoistos. These short films were made under the international project Sarajevo City of Film, which brings together film talents from the region and around the world, with the aim of supporting the development of film industry in Sarajevo and promotion of Sarajevo on big screen across the world.

The Third Forum of UNESCO Film Cities is organized by the Bitola Film Center, with the support by the Ministry of Culture of North Macedonia. 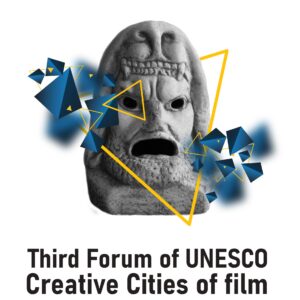