This year, Sarajevo participates at the Busan Inter-City Film Festival for the second time, as part of the international cooperation of UNESCO Film Cities.

Sarajevo at the Festival presents the short film BIG LEAP, filmed in Sarajevo and directed by Zulfikar Filanda, a film about different generations in one family, about the relationship between filmmaking and real life where film helps the son to deal with his father.

After last year’s online edition, this year’s Busan Inter-City Film Festival returns to the Busan Cinema Centre before local audience that will enjoy the films from 3th to 5th September 2021. 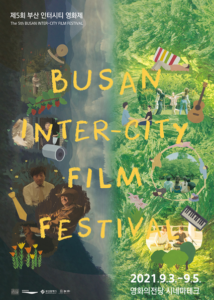