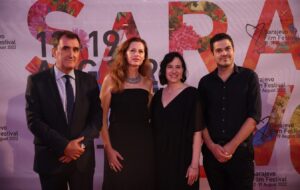 At the 28th Sarajevo Film Festival, the City of Sarajevo held a Sarajevo UNESCO City of Film reception.

The reception was hosted by the City of Sarajevo Mayor Benjamina Karic who addressed the guests at the main Festival Square and emphasized the importance of the prestigious UNESCO City of Film status.

“We are proud of this prestigious status. We are part of the family of cities that have a rich history of film, recognizable festivals and production. In the festive spirit of the SFF, tonight we celebrate together our city, its achievements and international successes”, said Mayor Karic.

After the reception the guests together enjoyed the screening of the film “Six Weeks” directed by Noémi Veronika Szakonyi at the 28th SFF. 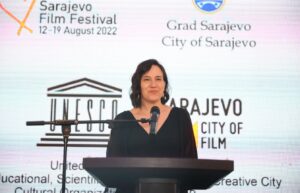 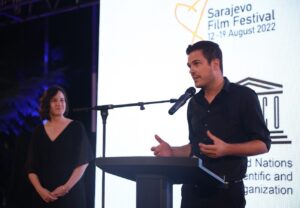