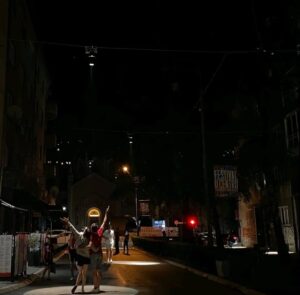 On the initiative of Sarajevo UNESCO City of Film, light installations by students of the Academy of Fine Arts of Sarajevo were installed in Radićeva Street during the 28th Sarajevo Film Festival.

“Sarajevo UNESCO City of Film strives to connect film with other creative fields and to give young creatives the opportunity to realize their ideas through projects aimed at creating new content for all citizens and visitors of Sarajevo. We are happy that we have included the students of the Academy of Fine Arts in the Festival in the Center Program, within which they offer a new experience to all visitors in Radićeva Street during the Sarajevo Film Festival,” said Nataša Kučera, Sarajevo UNESCO City of Film Project Manager.

The spotlights were set up by the students of the Academy of Fine Arts of Sarajevo Amina Pilav, Dario Jurenic, Alen Pranjic and Rijad Dacic, as part of the Light in Design course, under the mentorship of Professor Srdja Hirisafovic and Assistant Professor Jasmina Memic.

The light installations were installed as part of the Festival in the Center program, implemented by the Sarajevo Film Festival and the Municipality of Center. 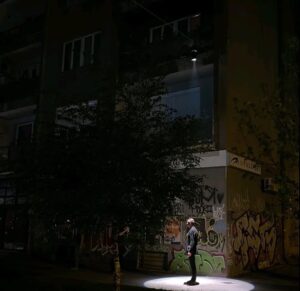