The constituent meeting of the Advisory Board of Sarajevo UNESCO City of Film was held on 15 July 2020 gathering all members Abdulah Skaka, Sarajevo City Mayor, Kenan Alikadic, Sarajevo Canton Minister of Culture and Sports, Jovan Marjanovic, Head of Industry of the Sarajevo Film Festival, Elma Tataragic, President of the Association of Filmmakers in BiH and Sead Golos, Director of Grupa.Arh Studio for Design and Engineering. The meeting was also attended by Sinisa Sesum, Head of UNESCO Office in BiH, Mirsad Purivatra, President of Obala Art Centar Association and Magdalena Popovic, Sarajevo UNESCO City of Film Project Coordinator.

The main topic of the meeting was the 2020-2024 Action Plan that was adopted at the time of Sarajevo’s candidacy for the prestigious UNESCO City of Film status. The Action Plan includes local and international initiatives whose implementation requires a close cooperation of all levels of government in Sarajevo and bringing together public, private and civil sectors, which will be helped with a significant professional and creative contribution of the Advisory Board members.

Sarajevo UNESCO City of Film aims at sustainable urban development and building the positive image of Sarajevo through the creative field of film. The successful implementation of the Action Plan will be reflected in the development of film and TV production, film culture expansion, increase of expertise, employment and mobility of young talents and professionals in the film industry. The Action Plan also includes initiatives to encourage activities in other related creative industries for the purpose of revitalising public spaces and improving cultural scene in Sarajevo. 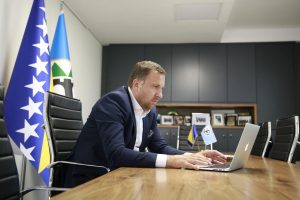